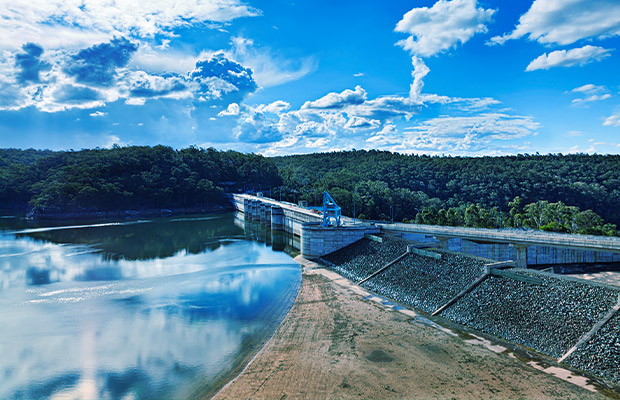 A Future of Sustainable Infrastructure

There is not enough water to control or extinguish the bushfires raging in Australia, one of the driest countries in the world.

Last year was the warmest on record, with the annual mean temperature 1.52 degrees Celsius above average, according to the government’s Bureau of Meteorology.

It was also the driest. The average national rainfall was 40% below average at 277.6 millimetres, leaving most of the country in drought, especially in New South Wales and the southern part of Queensland, two states that have been devastated by the bushfires.

The causes of the crisis have been evident for some time. From 1996 to 2010, the country was struck by an endemic drought. Known as the Millennium drought, it prompted authorities to review water supply and its use.

Much has been done since, but the dramatic events of recent weeks show that a targeted investment policy should be part of future initiatives to ensure a sustainable future for Australia. In a country poor in water resources, where 80% of the population lives in urban areas along the coasts, the use of technologies such as water recycling, treatment and desalination are essential.

Sydney, the most populated city with more than five million inhabitants, is an emblematic case. Bronwyn Kelly, a former executive at public utility Sydney Water, told the Daily Mail Australia news outlet last December that population increase (Sydney is expected to have more than 7.5 million inhabitants by 2050) and the scarcity of water resources (the city's water supply is 85% dependent on rainfall) could quickly lead the city having an endemic lack of water.

Warragamba, the main water supply basin for the city, was at less than 50% capacity in December due to the progressive drying up of the Nepean River and growing need for water to put out the fires. It would also need maintenance work to strengthen it since extreme weather events - more and more likely due to global warming - could put its stability at risk.

The only solution to guarantee a water for the city is desalination, according to Kelly. The plant used by Sydney provides about 15% of its needs. But to ensure a reliable supply of water, the city would need to double its production capacity by building another plant. It is a decision that the government is expected to take in April.

If investing in a more sustainable model for the supply and use of water does not become a priority, Australia could risk collapse, according to The Atlantic, a U.S. magazine in an online article entitled "How long will Australia be livable?".

Dubbo, a city in New South Wales with a population of more than 38,000, has almost run out of water. The dam that supplies is barely at 3.7% capacity and the inlet river will most likely dry up by May. In some cities in Queensland, water is provided by trucks – but at prohibitive costs. The drought is so severe that water theft is reported in some locations. The largest Aboriginal community in Central Australia is running out of drinking water, too.

Australia has therefore become a living laboratory to help researchers understand the effects of global warming and discover ways to overcome it. According to the Climate Council, a non-profit organisation that provides climate information to the Australian public, drought has become a common phenomenon in the past decade. A 25% drop in available rainwater has resulted in streams, rivers, lakes and dams drying up across the country. Western Australia has experienced a 50% drop in water flow since the 1990s. The Murray River, the longest on the continent, has reached new lows in terms of available water. WaterNSW, a government-owned water services company serving New South Wales, estimates that the Lachlan River could dry up by March 2020, leaving cities in central and eastern parts of Australia without any reliable water sources.

Preserving water is therefore deemed essential. A virtuous example of a circular economy is represented by the Snowy 2.0 hydroelectric plant, to be built by Salini Impregilo in the south-west of Australia. It will allow for the production of clean energy, limiting CO2 emissions into the atmosphere while recycling the water it uses to make its turbines turn.