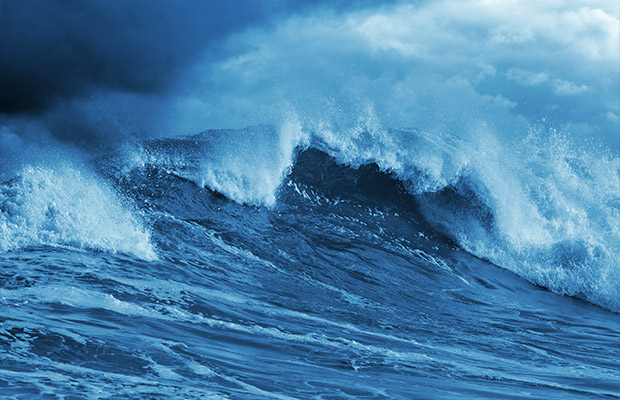 How to defend cities from the risk of floods

Drought is not the only risk: global warming is also causing an increase in floods because warmer weather patterns generally bring more humidity and, consequently, more rain.

An article entitled "Flooding and Climate Change: Everything You Need to Know" published on the website of the Natural Resources Defense Council (NRDC) in April takes stock of the situation in the United States. Since 1901, the country has recorded an average temperature increase of about one degree Celsius, which has led to it becoming about 4% wetter, especially in the east. In the northeast, extreme weather patterns generate about 27% more rainfall than a century ago. As a result, about 41 million people are at risk of flooding along rivers and streams and 8.6 million in areas susceptible to coastal flooding. According to the U.S. Climate Science Special Report, coastal flooding has doubled in the past few decades. Even so-called "flash floods" (floods caused by violent rains of short duration) are an increasingly widespread phenomenon.

Even in Europe, climate change is affecting flood events. One study, "Changing Climate Both Increases and Decreases European River Floods", published in August by Natura magazine and based on the monitoring of annual river flows in more than 3,700 monitoring stations from 1960 to 2010 showed how these flows have increased in northwestern Europe by about 18% every decade with a relative increase in floods. In southern and eastern Europe, on the other hand, total rainfall has decreased, but the risk of flash floods has increased, especially in urban areas. This trend is linked to an increase in periods of extreme rainfall and the spread of urbanised areas that limit the capacity of river basins to absorb the excess water.

A Special Report on the Ocean and Cryosphere in a Changing Climate published by the Intergovernmental Panel on Climate Change (IPCC) the following month estimates the annual amount of damage caused by floods at $100 billion.

Preventing and preparing for the risk of floods has therefore become an imperative, especially for densely populated areas. As Corrado Camera, a researcher at the Department of Earth Sciences of the Università degli Studi di Milano, a university in Milan, explains: «Flooding in urbanised areas can be tackled through careful management of the entire water catchment area of ​​water ways subject to flooding and not only in urban areas in the strictest sense. The general rule is to increase the possibility of absorption or having reservoirs located upstream of urban areas so as to limit the flood wave that passes through. The scientific community is also making many efforts to develop forecasting and alert systems based on a set of hydrometeorological models, whose results are interpreted on a probabilistic basis (Hydrological Ensemble Prediction). Atmospheric processes that lead to rainfall are various and complex, which is why we increasingly tend to base weather forecasts and flood forecasts, not on a single model, but on a whole range of them».

Among the forecasting models, those based on artificial intelligence can make a significant contribution to reducing the risks and damage associated with floods. Google, for example, is developing an artificial intelligence platform to predict floods in India to be able to alert users. As Yossi Matias, the engineer responsible for the project on Google's blog, writes: «A variety of elements—from historical events, to river level readings, to the terrain and elevation of a specific area—feed into our models. From there, we generate maps and run up to hundreds of thousands of simulations in each location. With this information, we’ve created river flood forecasting models that can more accurately predict not only when and where a flood might occur, but the severity of the event as well». Artificial Intelligence can also be used to monitor urban floods. Researchers at the University of Dundee in the United Kingdom have developed a model that combines images and data from Twitter and other mobile apps to monitor and predict flood damage.

However, forecasting is not enough: urban areas need to develop long-term plans for structural flood management. Salini Impregilo, for example, has been involved in the Clean Rivers Project of DC Water, the water utility serving in Washington, D.C. It first built the Anacostia River Tunnel, a hydraulic tunnel that extends largely under the river of the same name, a tributary of the Potomac River. When it rains hard, the tunnel collects wastewater and rainwater that would otherwise overflow into the city’s waterways untreated (Combined Sewer Overflows or "CSOs"). The second tunnel, the Northeast Boundary Tunnel (NEBT), will be also increase the capacity of the city’s sewer system and reduce the frequency, strength and impact of flooding. The water collected eventually gets sent to the city’s Blue Plains Advanced Wastewater Treatment Plant.