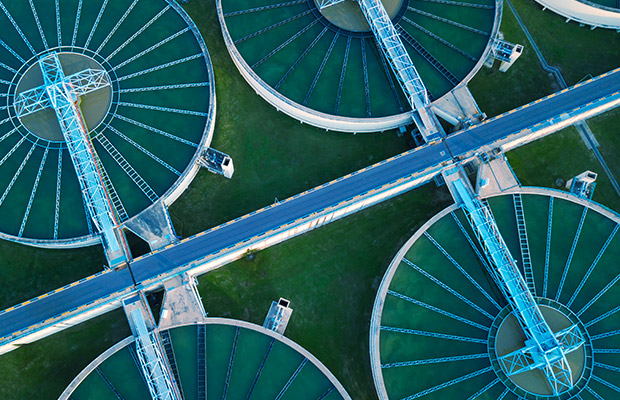 Latin America and the Caribbean need to make significant investments to bridge a gap in water treatment infrastructure that the region has left open for far too long, and a March report by the World Bank entitled "From Waste to Resource. Shifting paradigms for smarter wastewater interventions in Latin America and the Caribbean") indicates how it could go about doing it.

Although about 97% of families in the region have an improved source of drinking water, the figure does not reflect the sustainability of its supply nor the quality of the services available.

Furthermore, it is estimated that only about 66% of the population is connected to a sewage system (alarmingly, only 18% in rural areas and 77% in urban areas), with only 30-40% of the collected wastewater being treated.

By comparison, 81% of the population of member countries of the Organization for Economic Cooperation and Development (OECD) are connected to a sewage system, and 77% benefit from wastewater treatment by a plant.

The figures underline the urgency that Latin America and the Caribbean face in contributing to achieving an important Sustainable Development Goal set by the United Nations by 2030: that of clean water and sanitation. Excluding Chile, Uruguay and most Caribbean countries, the countries in the region should invest between $3.4 billion and $11.8 billion per year until 2030, with about 95% of the total dedicated to urban areas. Such an investment would provide sanitation services to 307 million people who do not already have it.

The World Bank’s report recommends measures to make the most of the potential benefits offered by water treatment within the perspective of a circular economy.

«Wastewater is and should be considered a valuable resource from which energy and nutrients can be extracted, as well as an additional source of water», it says. «Wastewater can be treated to various qualities to satisfy demand from different sectors, including industry and agriculture. It can be used to maintain the environmental flow, and can even be reused as drinking water. Wastewater treatment for reuse is one solution to the world’s water scarcity problem, freeing scarce freshwater resources for other uses, or for preservation. In addition, by-products of wastewater treatment can become valuable for agriculture and energy generation, making wastewater treatment plants more environmentally and financially sustainable».

The report recommends investing in the collection and treatment of wastewater moving from individual ad hoc interventions to an integrated plan at the level of the river basin. This approach addresses all the issues of supply, distribution and treatment of water within a defined hydrological area. One example can be found in Ecuador where the port city of Guayaquil has a fund (Fondo de Agua) to clean and preserve the Daule River Basin. It oversees the monitoring and control of water quality, wastewater treatment, erosion and reforestation. It has also developed an integrated wastewater management plan based on a hydrological modelling of the basin to understand its characteristics and evaluate the level of treatment necessary to meet quality standards. The modeling showed that the level of wastewater treatment needed was lower than initially estimated, since the basin had a higher absorption capacity. This discovery has led to more effective investments.

A second recommendation is investing in utilities of the future by moving away from traditional wastewater treatment plants to recovery plants capable of exploiting all the components found in wastewater. These components include water for agriculture, industry and domestic use, nutrients like nitrogen and phosphorus and energy. This approach towards wastewater reflects the idea of a circular economy. A case in point is the San Jeronimo wastewater treatment plant in Guanajuato, Mexico, which uses a traditional anaerobic digestion process to treat sludge. The biogas produced in the digesters is processed and converted into 500 kilowatt (kW) of electricity. With the amount of biogas generated in a singleday, the plant can cover the use of electricity during peak tariff hours (three hours a day). During the rest of the day, the plant uses electricity purchased from the grid. However, a series of low-cost efficiency measures in the aeration system combined with the co-digestion of external waste in existing anaerobic digesters, could turn the plant into a net energy producer.

In an area of the planet where cities continue to grow, the opportunity opens up to make public and private investments in the most sustainable and efficient way possible. Future urban development requires approaches that minimise the consumption of resources and focus on their recovery for reuse. In this context, wastewater treatment can be an example of a paradigm shift: from the cost of a service to a self-sufficient generator to the benefit of the planet.