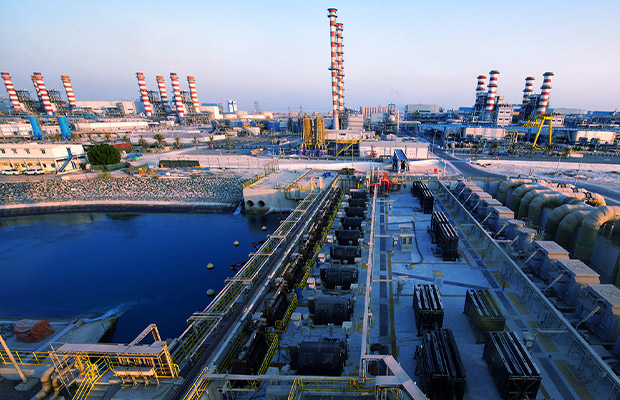 New technology for a circular economy

When the global temperature rises by a single degree, about 7% of the population faces a drop in water resources by more than 20%. This is the key figure that comes out of a policy brief on climate change and water recently published by UN Water, a United Nations inter-agency coordination mechanism. The brief offers strategic incites on the management of water in the light of climate change, analysing this alarming trend and reviewing possible solutions. Within this context, new technology used to recycle water can play an important role and simultaneously solve two problems by supplying recycled water as well as producing energy that is not based on highly polluting fossil fuels. In this way, it can contribute to a decisive reduction in global warming.

In coming years, population and economic growth stand to cause a simultaneous increase in the demand for energy and water. According to the UN brief, global energy demand will increase by 27% between 2017 and 2040, while that for water will soar by 55%, mainly for manufacturing, electricity production and domestic use. Furthermore, in many parts of the world, climate change resulting in the supply of water by energy-intensive water means, such as desalination or long-distance transport.

Water recycling technology, meanwhile, is a clear example of a circular economy: it saves water and allows biogas from the purification process to be captured so it can be converted into clean energy. As a case of best practice, the brief cites the Strass plant, which serves 31 communities in the valleys of Achental and Zillertal east of Innsbruck, Austria. The plant treats wastewater from a population ranging from about 60,000 in the summer to more than 250,000 during the winter tourist season. It is equipped to remove nitrogen and organic matter from the water. It uses the resulting biogas to produce more energy than it consumes: an annual net electricity surplus of 8% that it feeds into the public grid.

Even the European Environment Agency recently dedicated a brief on the topic of water recycling in light of climate change. Published in October and entitled "Urban Waste Water Treatment for 21st Century Challenges", it gives indications on how to increase effectiveness and efficiency in the recycling process. In the Netherlands, for example, the Amersfoort urban wastewater treatment plant was converted into a regional sludge treatment hub. Thanks to the use of innovative technology to recover phosphorus and nitrogen, it produces fertiliser and biogas, with which it generates the energy needed to power the plant and more than 600 homes.

Wastewater recycling is becoming an increasingly interesting sector for start-ups and researchers, who are studying new technology to produce clean energy at low cost and recycle waste materials. A team from the Andlinger Center for Energy and the Environment at Princeton University used sunlight to isolate hydrogen from industrial wastewater. In an online article entitled "Researchers Use Sunlight to Pull Hydrogen from Wastewater" published in April, the researchers reported that their process allowed for the doubling, in a scalable way, the rate for splitting hydrogen from water. Hydrogen is a fundamental component in the production of thousands of common products, from plastics to fertilisers, but the production of pure hydrogen is expensive and energy-intensive. According to the International Energy Outlook (2016) of the U.S. Energy Information Administration, the production of chemicals in highly industrialised countries requires more energy than the production of iron, steel, metals and food. It estimates that the production of basic chemicals will continue to be the main industrial energy user for the next two decades. The new technology presented by the Princeton researchers is based on a specially designed chamber, in which a black silicon interface known as "swiss-cheese" (i.e. with holes to increase its efficiency), allows the water to be separated to isolate hydrogen gas. The process is assisted by bacteria that generate electricity when they consume the organic substances present in the wastewater. The current, in turn, helps the water splitting process. «It’s a win-win situation for chemical and other industries. They can save on wastewater treatment and save on their energy use through this hydrogen creation process», said Lu Lu, an author of the study and an associate research scholar at the Andlinger Center.