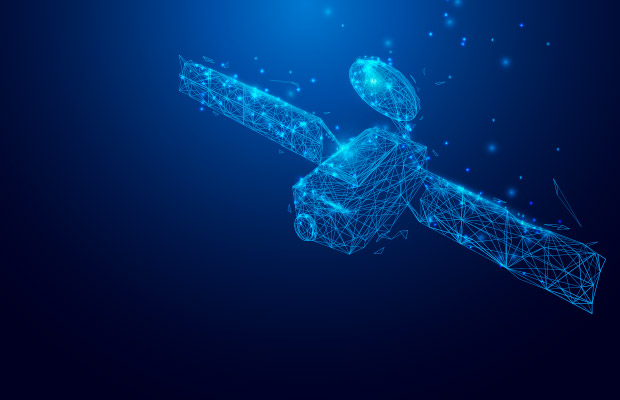 The economy of the future is bound to pass over our heads. Businesses involved in the use of space for civil or industrial purposes hold the promise of bringing a new wave of innovation.

Governments, corporations and entrepreneurs like Elon Musk - who is developing a satellite telecommunications project with Starlink - venture capitalist and start-ups are all investing in the last frontier, better known as the space economy.

The data confirm the potential for this new segment of the global economy. Research published in December 2019 by French research firm Euroconsult estimates revenues generated by players in the space economy will reach a total of $485 billion by 2028 from $298 billion in 2018. That is an annual growth rate of more than 4%.

So the sky is becoming a new resource to be exploited. The way we monitor, use and preserve the planet's water resources is being enhanced by the use of drones and satellites, often times with the help of artificial intelligence.

The Space-O project, funded by the European Commission, is an example of how data and images from satellites can be integrated into a digital platform for water quality control. The Copernicus system of satellites captures images of water bodies and send them along with other pertinent data to be processed and shown in real-time. This service is particularly useful for monitoring the purity of water in the face of risks like the spread of harmful algae that occurs as a result of a warming climate, and the use of fertilisers containing nitrogen. Algorithms that analyse satellite images can also provide forecasts. They produce models on the trend of water purity, allowing operators to intervene in advance to counteract polluting phenomena or regulate their level of delivery. One project was deployed at the Mulargia dam in Sardinia, Italy. Forecasting models made it possible to alert the operators to act in time to prevent the proliferation of algae in the dam’s reservoir.

Kilometres below the satellites, the skies will also be filled by unmanned aerial vehicles, commonly known as drones. Although effective, their usefulness will be on a more limited scale. The New Zealand city of Auckland, for instance, is deploying them to monitor the quality of sea water. The technology helps the city save 30% of its operating costs compared with the use of boats and sometimes helicopters to collect water samples off-shore. In collaboration with the engineering and environmental consultancy firm Pattle Delamore Partners (PDP), the city has developed a new sampling methodology based on drones that collect water samples up to one kilometre in the open sea. The samples are then sent to the laboratory and made available more quickly than previous monitoring systems. As Matt Montgomery, head of innovation of the Auckland City Council, stated in an article on "OurAuckland", a city website: «As our city's population grows and our urban spaces intensify, we will rely on smart city technology like drones to help us solve Auckland’s unique urban issues to improve the quality of life for Aucklanders».

The space economy will not be simply the domain of tycoons. It is also becoming a field of exploration and business for start-ups. One example is MobyGIS, a young company from Trentino that is working to integrate satellite data with terrestrial data to monitor the flow of rivers. Thanks to open data, the company integrates information from 490 snow metres and more than 2,100 weather stations in Italy, Germany and Austria. It also draws satellite data collected by the Copernicus platform of the European Space Agency, generating over 256 million files. This information has already allowed the company to work with the municipality of Seville in Spain to optimise water supplies, and predict the navigability of the Rhine to optimise the navigability of the river.