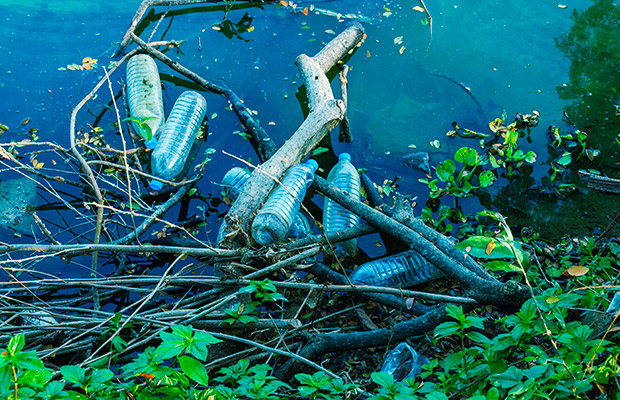 A call for more information, prevention and investment to avoid the worst

About 80% of the world's wastewater - and more than 95% in some developing countries - is still being released into the environment without first being treated. Water pollution is a real health risk - no matter where it occurs – and farming, microplastics and urbanisation are the main causes of it, according to “Quality Unknown. The Invisible Water Crisis", a recently published report by the World Bank.

Despite the advances in technology, pollution is difficult to monitor. Although elements like air can have their quality checked by using a few parametres, water is much more difficult to rate. Acccording to the World Health Organization, there are thousands of possible risk factors to consider when testing water, such as salts, chemicals, bacteria and viruses. Meanwhile, the range of these potential pollutants keeps expanding: in the United States alone, the Environmental Protection Agency identifies every year about a thousand new chemicals that are potentially hazardous to water.

Farming is responsible for about 70% of the extraction of freshwater worldwide. By 2050, that amount is expected to increase by 20% as the world’s population reaches nine billion. But farming not only consumes most of the water, it also makes a major contribution to the polluting of it through the extensive use of nitrogen-containing fertilisers, the predominant cause of the hypoxia, which is the lack of dissolved oxygen in water, a problem that can take centuries to resolve. As the World Bank report indicates, scientists suggest that the world may have already crossed the safety boundaries for nitrogen, making it the most dangerous externality for the planet given that it surpasses even carbon.

Plastic has become the most evident cause of water pollution. Since the 1950s, humanity has produced 8.3 billion tons of the material, of which 90% has never been recycled. It is estimated that between 4.8 and 12.7 million tons of plastic waste end up in the oceans in coastal areas every year. And a lot of those tons float down the 20 most polluted rivers in the world, most of which are located in Asia, representing 67% of global river emissions.

Removing plastic waste from water is difficult and expensive. So it will take centuries, if not millennia, before this waste disappears completely. Meanwhile, microplastics, the product of the degradation of objects containing plastics, have become ubiquitous. Some studies reveal that microplastics are present in 80% of freshwater sources, 81% of tap water and 93% of bottled water.

By 2050, the percentage of the world population that will live in urban areas will increase from 55% to 68%. More significant growth rates will be found in urban agglomerations in Africa and Asia. It has been calculated that a 10% growth in urban areas leads to an average worsening of 1.4% of water quality. The greatest risk is represented by the increase in the salinity of drinking water in coastal areas and elsewhere, caused by phenomena such as the outflow of contaminated rainwater and wastewater.

This is not new: historians cite an increase in the level of saltwater caused by the first forms of intensive farming and urbanisation as the likely reason for the collapse of the Sumerian civilization. In the cities of the most developed countries today there is an increase in the presence of bacteria, fungi and amoebae that are resistant to anti-fungal agents and macro drug resistant parasites.

Although there are no easy solutions to such a complex and widespread problem, the report lists a number of actions. They include better monitoring of the quality of water, establishing national norms to avoid pollution, discouraging the use of potentially dangerous products and investing in water treatment plants.