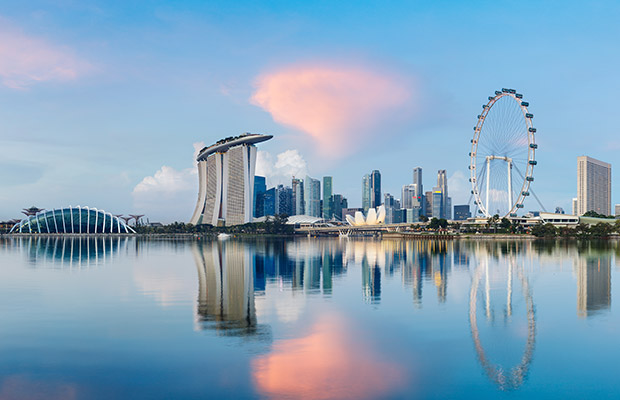 New technologies are improving water use in cities

Twenty years before that date, there will already be 43 megacities, each with more than 10 million residents. Many of these will be in India, China and elsewhere in Asia.

For these megacities, water management will be as much of a problem to solve as traffic, pollution and energy.

They will have to make the most of new digital technologies and the Internet of Things to become smarter and more efficient, paying close attention to the circular economy and real-time connections with its residents.

Although they are located in different parts of the world, Singapore and Copenhagen are both examples of best practice in this field.

Singapore: At the heart of innovation

Singapore is investing in innovation to improve the quality and use of water. A city state of more than five million residents, it is growing strongly despite being located on an island that has limited access to fresh water and exposed to harsh weather such as hurricanes that can threaten the quality of that water by damaging infrastructure.

The Public Utilities Board (PUB), which manages, distributes and recycles water, aims to make the most of this cycle by:

Since 2002, the PUB, together with stakeholders from 27 countries, has invested more than half a billion dollars in 613 scientific and technological** projects related to water. It has set a precedent in terms of the quantity and quality of the work being done.

To meet its objectives, the PUB created an open innovation platform in collaboration with universities and other research centres; has offered its resources to industrial partners to test concepts and develop pilot projects before reaching the stage at which an investment can be made on a large scale. In this way, Singapore has managed to create around the PUB an ecosystem with a long-term vision resembling that of Silicon Valley. But this ecosystem of 180 companies and more than 20 research centres is focused on water, turning the city state into a laboratory for new technologies.

In order to make its collaboration with companies and research centres even more effective, the PUB has created the Singapore Water Exchange, a hub resembling an open-space, co-working site for anyone specialised in the water sector.

Among the many projects being supported by the PUB in recent years, two stand out:

The first is Ulu Pandan, a wastewater treatment demonstration plant that recently won an award in Paris. It serves for testing new technologies in water purification for their safety and efficiency in energy use.

A second project, which is being commercialised, is the Fish Activity Monitoring System (FAMS). It uses fish to test the toxicity of water samples injected in an aquarium. The activity of the fish is monitored via camera, while the rate of movement and mortality are checked by an algorithm that helps to rate the purity of the water.

Copenhagen: promises of a green future

The Danish capital has set itself the goal of becoming the most sustainable smart city in the world. It has started to work on its management of water, especially the waste of this precious resource from ruptures, leaks, illegal connections, ageing infrastructure, and tubes under excessive pressure. Up until a few years ago, checks were done on the city’s water network periodically. The effectiveness of these checks was based on the ability of inspectors in identifying potential risks. Hofor, the city’s multi-utility, is reviewing how it goes about doing it with new technologies. The idea is to monitor the network in a more holistic way, including the use of sensors placed in tubes to signal leaks in real time, smart metres to read unusual rises in consumption, valves and intelligent pumps for water pressure, as well as an integrated system that gathers all of the data that they produce to facilitate quick repairs. The NRW Index (Non Revenue Water), has become an effective way to determine the state of the city’s water distribution network.

The integrated use of these technologies has pushed Hofor and other local partners like the Technical University of Denmark to create a consortium called LEAKman, that offers services to municipalities and utilities seeking to become more virtuous in their use of water.