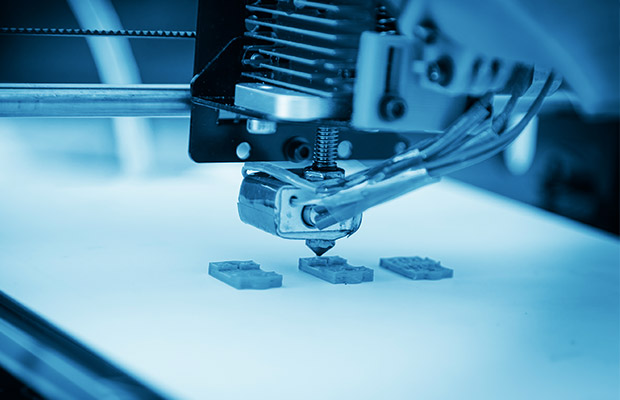 New entrants to the water industry are applying three-dimensional printing to make the treatment of the world’s most precious resource cheaper and faster.

The products they are proposing are helping the industry address the challenge of providing for a growing population on a planet where less than 1% of water is safe to drink. They include membranes or enhancements to membranes that are used in the filtration process at water treatment plants.

Some of them are used for desalination, whose most prominent technology is reverse osmosis, which uses partially permeable membranes to turn sea water into potable water.

At the latest Global Water Summit held in London last April, researchers from the University of Connecticut drew attention to their work on a membrane created by 3D printing that allows for a greater flow of water through the filtration process by using less energy and reducing the amount of encrustation.

Their product as well as those of others highlighted the possibilities offered by 3D printing and how the application of this technology has become more diffuse. A report by U.S. magazine Forbes in March said the market for 3D printing – whether it be in water or any other industry - was expected to rise from $15.8 billion in 2020 to $35.5 billion in 2024, citing industry estimates.

The growing prominence of this technology in the water industry was also noted by columnist Christopher Gasson in the industry publication Global Water Intelligence. He said the technology would likely best serve filtration processes on a small scale because this part of the industry had a greater need for membranes that were custom-made. «My guess is that 3D printing will become the norm for small-capacity membrane systems because it makes so much sense to tune the membranes to specific feedwater conditions. For larger plants – and plants are going to get much larger – the economies of scale in manufacturing will prevail», he said.

3D printing, whose possibilities for the water industry are being pursued by research centres, start-ups as well as large companies, has two advantages over the usual way of manufacturing membranes for treatment plants. The first is its ability to make membranes more effective and efficient by facilitating the application of new designs and materials. The second is the flexibility it brings to the manufacturing of membranes when it comes to shape and volume. As mentioned by Gasson, it allows for the production of small batches of membranes according to the specific requirements of any given customer.

Aqua Membranes is one U.S. company that is using the technology to make membranes more effective and efficient. It prints a polymer onto membranes made by other manufacturers to create what is called a spacer. Reverse osmosis uses membranes rolled up in tubes in an application called spiral wound membranes. The spacer created by Aqua Membranes allows water to flow through the sheets of membranes that are rolled up inside the tubes, improving the efficiency of the filtration process and lowering operating costs. Such has been its success that Pentair, a British make of water treatment equipment, bought a minority stake in it early this year.

In Singapore, Nano Sun, a company spun off from the Nanyang Technological University uses 3D printing to manufacture multi-functional nanocomposite membranes for desalination and other water treatment processes. Nano Sun prints millions of nano-fibers, layers one on top of the other and then compresses into a thin membrane. «This results in a new membrane that has a faster water flow rate than conventional membranes», reads its web site. «It allows for the construction of smaller wastewater treatment plants, lowering the costs for land, infrastructure and labour».

Nano Sun cites two semiconductor companies in Singapore and a waste water treatment plant in China among its clients.

One company has preferred to make a product for people in developing countries. Naked Filter, the result of years of research by two professors from Stony Brook University, is a bottle with a nano filter that purifies the water as it is drunk. BioVir Laboratories tested it and found that the filter removed 99% of contaminants present in water.

Then there is Blue Tap, a social entreprise that makes an injector that is installed in a pipe and allows for the insertion of chlorine to purify the water that passes through the pipe. «When I was a student at the engineering department at Cambridge University, they had just bought 3D-printers which were very fashionable at the time», said Francesca O’Hanlon in an interview posted on the website of the United Nations Environment Programme. «It has been amazing for us, because it is a fantastic technology to prototype. You can design a chlorine injector, send it to print and six hours later you can test it in the lab—we could therefore assess the effect of making changes in the design very quickly. Without 3D printers our project would have taken two to three years longer».