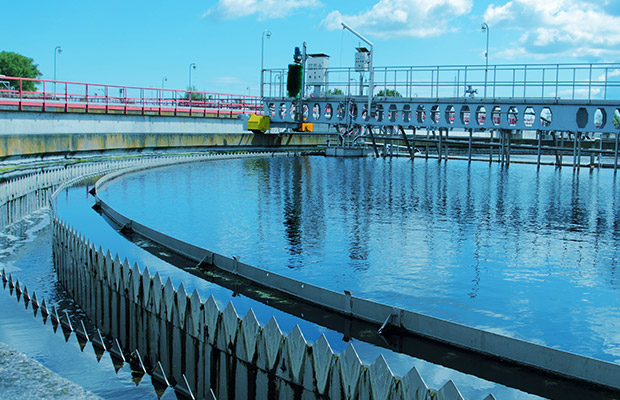 Water has come to represent the “great integrator” says Charles Vörösmarty, a water expert at the City University of New York. It lies at the heart of the major issues of our times: sustainability, economic crisis, poverty, infrastructure, and the role of the state, according to a 2016 paper based on a conference in which he participated.
For example, the Middle East and the Nile River are all areas of tension due to the limited supply of this precious resource.
So the challenge is to guarantee access to it for everyone.
Emerging technologies can help, holding the promise of a sustainable future not only for those regions but the entire planet.

Sustainability can start with recycling, even when it comes to water. Innovation in the development of membranes has seen major improvements in their effectiveness as filters as well as their durability, thereby helping to reduce waste. Utilities and other plants that use a lot of water are starting to adopt what are called membrane bioreactors, a technology that combines the effectiveness of a membrane as a filter with the biological process of treating sludge or other types of wastewater. It replaces sedimentation, the more conventional process that uses gravity to separate solids from water. It also allows for the reuse of the water once it has been treated.
In Sweden, Stockholm Vatten och Avfall, a water utility that serves the capital, is building one of the world’s biggest treatment plants in the world that uses membrane bioreactors. It will have 1,008 membranes to treat up to 864,000 cubic metres of wastewater a day.
The technology is also transforming into an opportunity what was until recently a problem: the residual sludge that results from the treatment process. New techniques are allowing for the separation of metals and other minerals from the sludge to reuse them or convert them into energy.

Smart metering, which is already being used for energy consumption, promises to change radically the way in which water is used. In homes, it can help schedule times for laundry and dish washing. It can also regulate the amount used for showers or watering gardens. This is allowing water utilities to change their rapport with their consumers by offering flexible pricing schemes similar to those found in the telecommunications sector. ABI Research foresees 1.2 billion smart metres for water use by 2022, a greater number than those for gas or electricity. California has been one of the most active U.S. states in introducing this technology. Between 2013 and 2017, it has managed to save about 11% of its water as a result, according to a report by the California State Water Resources Control Board.

More than 70% of the fresh water consumed by humans is for agriculture. This emphasises the challenge faced by the industry to produce more food with the same – if not less – amount of water to satisfy the demands of the world’s growing population. Since the supply of water is limited, the industry must rethink its production processes. One way to do it is to resort to precision farming. This method uses big data provided by drones and satellites to increase soil productivity and reduce potential damage to the ecosystem. One of the most important elements of precision farming is irrigation. Thanks to new technology, it is possible to save water by relying on temperature, humidity and soil condition forecasts to irrigate properly. In California, one project involving IBM and the E. & J. Gallo Winery led to a saving of 16% of water thanks to an irrigation system that provided water where it was needed most and in the right amounts, according to a report by the Financial Times.

The future will be more data driven. Especially in four areas:

The first three areas concern the collection of data by means of sensors, while the fourth draws data from multiple sources and relies on artificial intelligence to identify the risks to the supply of water. The data concern seasonal weather patterns, urban sprawl, tourist and migrant flows, soil erosion, and other factors. This multidisciplinary branch of informatics is called hydroinformatics. In Singapore, for example, there is the Hydroinformatics Institute. It developed in Oman a monitoring programme to forecast weather conditions and help the government avoid possible risks to the country’s people and infrastructure often caused by excessive rainfall during the monsoon season.