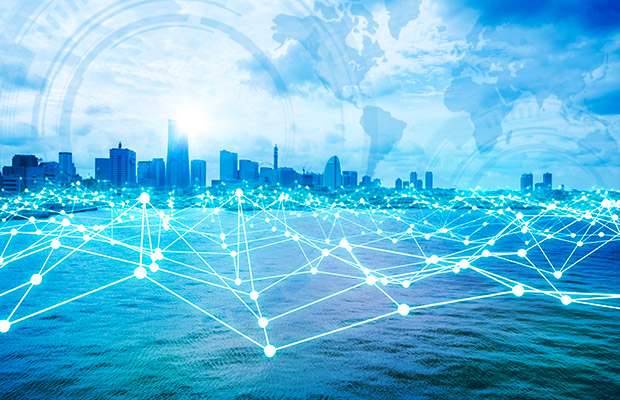 New Applications for Saving and Monitoring the Most Precious Resource

Not just for bitcoin: blockchain, the network of decentralised computers that enables the creation and tracking of records of data in a secure way, is increasingly being used for industrial purposes. According to "Blockchain & Distributed Ledger: unlocking the potential of the Internet of Value", a study presented in January by the Osservatorio Blockchain & Distributed Ledger at the Politecnico di Milano university in Italy, 488 blockchain projects were developed in 2019 throughout the world, a 56% increase from the previous year. The financial sector was the most represented with 67 projects. The United States, South Korea and China were the most active countries, with 53, 31 and 29 projects, respectively. The United Kingdom had 17 projects, while Italy had 16.

Blockchain is also becoming a relevant technology in activities with a social impact. The Stanford Graduate School of Business published a report last September called "Blockchain for Social Impact" showing how 57% of the organisations surveyed used blockchain for public services. About 47% used it mainly for recording and verifying data, 26% for marketplaces and 14% for payments and money transfers.

Even the water sector is starting to experiment with this new technology. In California, the non-profit organization Freshwater Trust, which works to protect and restore freshwater ecosystems, is collaborating with IBM Research and SweetSense Inc., a provider of satellite sensors, to develop a pilot technology that can monitor and track with precision the use of groundwater in one of the largest and most at risk aquifers in North America: the delta of the San Joaquin River. The delta covers about 2,900 square kilometres and supplies water to the San Francisco Bay area and coastal and southern California. The sensors transmit the water extraction data to the satellites and then to the blockchain platform. The absolute reliability of the extraction and consumption data recorded on the platform enables automatic water exchange transactions by means of "smart contracts". All water users and the financial and regulatory bodies are able to track the use of groundwater in real time. They allow for sustainable levels of pumping through an automatic exchange of groundwater usage quotas. Thanks to blockchain, all the data about the use and supply of water resources become transparent to all stakeholders in real time, promoting a sustainable use of water. It is interesting to observe how this project further developed the technologies of a project tested in Kenya and Ethiopia by USAID, the U.S. development aid agency, and IBM, which monitors the water consumption of more than one million people.

In Canada, the Gordon Foundation has developed, in collaboration with the Atlantic Water Network, the Atlantic DataStream, a data-sharing platform that allows users to view and download sets of complete water quality information collected by monitoring bodies, government programmes, researchers and industries in provinces like Newfoundland and Labrador, New Brunswick, Prince Edward Island and Nova Scotia. Thanks to blockchain, the platform has made water quality data available to everyone: citizens can check why data has been collected, who uploaded it and how it has changed over time. This is an extremely important feature because it solves many of the problems related to the credibility of water monitoring data and the implications for public health.

In Australia, a country where drought has become an endemic problem, the use of blockchain is being considered to make water exchanges fast and transparent, especially in the agricultural sector. Today a water supply contract takes days to be activated, because there are more than 300 types of water products with more than 15,000 rules. Australian start-up Civic Ledger aims to close contracts in minutes with the use of blockchain. A first pilot of the project is underway in the Mareeba-Dimbulah irrigation area in the far north of Queensland.

In Europe, a Belgian start-up, SettleMint, is studying how to "tokenise" (transcribing the property and user rights for an asset on blockchain) water resources to track their supply and distribution in a more rapid, efficient and safe way. The "tokenisation" is in fact one of the most interesting applications of blockchain linked to natural resources. For example, the "tokenisation" applications of carbon credits are being developed to facilitate monitoring, data verification and credit exchange. Preserving water in the future will also mean having a blockchain network that checks the origin and destination of every drop.