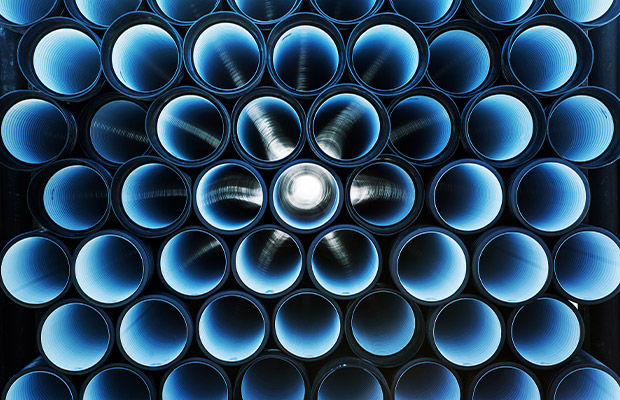 Waste, main brakes and other damage caused by natural phenomena: these are some of the problems that utilities face every day and whose solutions can be found by using the latest in technology.

U.S. utilities, for example, lose nearly eight trillion litres of water - 15% of the potable water produced nationally - into each year due to leaks and broken mains. Every year, there are about 240,000 ruptures. The water that does not get billed by utilities reaches 43% in cities and exceeds 85% in some rural communities, significantly hurting their balance sheets. All of these data are contained in a research entitled "Demystifying Intelligent Water. Creating a Human-Centric Future with Artificial Intelligence and Predictive Analytics" published in June by design and engineering company Arcadis and consultancy Bluefield Research. It concludes that artificial intelligence and the Internet of Things could help utilities save about $17.6 billion in the United States by 2027.

Being resilient and able to offer water at competitive prices are two challenges faced by utilities in the coming years. In the United States, it is forecast that 36% of families will no longer be able to afford water over the next five years. With climate change creating an increase in extreme weather patterns such as floods, storms and droughts, utilities are seeing their balance sheets come under pressure because the cost of prevention, preparation and reconstruction of their respective infrastructure is rising.

So the adoption of the latest in technology could serve to increase their efficiency. Having all the relevant information about a water network in real time - something that is impossible when relying on staff - is critical to increasing supply of water and monitoring its quality.

In Houston, Texas, as reported in a September article by the U.S. trade magazine Engineering News-Record, Northeast Water Purification Plant installed more than 5,400 sensors to increase the water supply to the city. «These sensors will allow us to analyze the incoming raw water conditions and improvements in water quality during the manufacturing process», Randy Rogers, plant engineer, was quoted as saying. «Without the sensors and automation processes built inside the plant it would have been impossible to treat the water of Lake Houston, which is located at the end of a reservoir and injects water up to 12 times a day».

Technology has also enabled Tasha King-Davis, head of environmental compliance and permits at the public utility in Memphis, Tennessee, to solve a key management problem: how to control the wastewater poured from 104 industrial plants. With a staff of 13 people, she could only do two checks a year. Thanks to the application of sensors, she can monitor the situation at some installations 24/7, receiving push notifications on her smartphone if the permitted limits are exceeded.

Technology is increasingly being used for predictive purposes. Algorithms based on large databases can help utilities make the right decisions for maintaining, repairing and replacing infrastructure. It can also help create "digital twins" of the structures, virtual models based on real-time data that behave as much as possible as the real thing. The municipality of Lisbon has created a "digital twin" to predict the effect of flooding in the city, test alternative scenarios and create a master plan for drainage. Further north in Porto, the local utility has developed a platform that manages data from satellites, sensors, automated monitoring systems and smart metres installed in homes, orders and logistics in order to create a "digital twin" of all the water flows in the city. It makes it possible to forecast the effects of floods and the quality of water, identify the performance of the infrastructure, know in advance any breakages and manage assistance and maintenance of the network.

A new ecosystem of digital innovation is responding to the needs of utilities. The research conducted by Arcadis and Bluefield Research states venture capitalists have invested more than $150 million in start-ups in the sector since 2009.

The introduction of 5G, with the standard that will offer greater data transmission speeds, will make it possible for a real integration between utilities, customers and service providers. At the same time, however, utilities must equip themselves to face yet another challenge: guaranteeing the safety of their water networks as well as the data of their customers against cyber attacks, viruses and related risks.