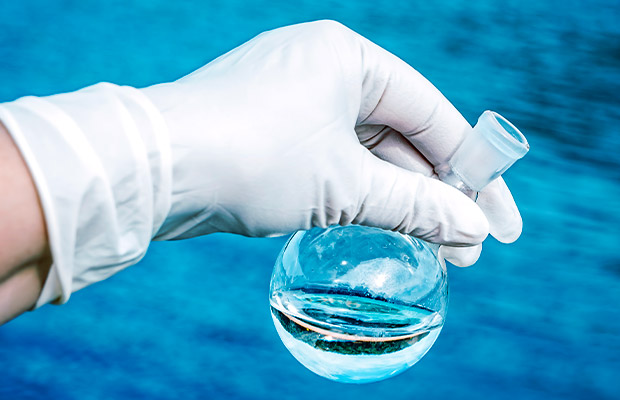 A five-year project by the National Alliance for Water Innovation (NAWI) funded by the U.S. Department of Energy.

To achieve it, the U.S. Department of Energy is providing $100 million to a consortium of 19 universities, 10 industrial partners and four of the department’s own laboratories. The consortium is based at the Lawrence Berkeley National Laboratory, also known as the Berkeley Lab, one of the most prestigious scientific research centres in the world where scientists have received 13 Nobel prizes.

«(The grant is the) largest federal investment in water research since the Kennedy administration», Peter Fiske, researcher and director of the Water-Energy Resilience Research Institute is quoted as telling The Daily Californian website. «(It) gives us an ability to rethink how water needs to be delivered in the 21st century».

Research into new sources of water is leading to changes in the paradigm with which the problem of water recycling and desalination has been addressed to date. In fact, the scientists involved in the project are looking at technology that can treat water not on a large scale in large plants but with modular, prefabricated and mass-produced solutions that can extract potable water from underused sources such as brackish groundwater, brine (highly concentrated water with salt compounds), and industrial plants that use and discharge large amounts of water in the oil, paper and food sectors.

However, the real challenge is to consume less energy in the process. The most widely used desalination technology, for instance, is reverse osmosis, which consumes a lot of energy. As Fiske stated in a press release presenting the project: «We are excited to launch a new era in desalination research, not only to lower the cost and energy of seawater desalination, but to enable low-cost desalination and reuse of other water sources that we have previously ignored or discarded because treatment costs were too high».

Researchers at the Water-Energy Resilience Research Institute have been working on these issues for some time to be able to propose turnkey solutions for industrial applications. One is direct osmosis. It separates saline components from water without having to pump under high pressure sea water or brackish water through membranes, which is what is done with reverse osmosis. Direct osmosis instead uses absorption solutions with a high concentration of salts, which cause a spontaneous movement of water through the membrane. It is done with less energy consumption than reverse osmosis. The technology is still under study and is not yet applicable to large desalination plants, for which the use of reverse osmosis remains the optimal solution. To make this technology usable on a large scale within the Water-Energy Resilience Research Institute (as in many other research centres worldwide) experiments are being carried out to develop increasingly reliable and cost-effective absorption and extraction salts and to integrate renewable energy sources in the water treatment process. «The inherent challenges of forward osmosis are really a multidisciplinary problem well suited to Berkeley Lab strengths – it touches virtually every discipline from chemistry to physics and materials to more engineering-like disciplines», said scientist Jeff Urban , in an interview published on the website of the Water-Energy Resilience Research Institute.

Another field of research concerns the use of microbes for water purification. This is a highly efficient process from an energy, economic and able to produce treated water usable for agricultural and industrial purposes. The main difficulty of this technology concerns the exact identification of the most suitable microbes to attack the different components of contaminants, work that can take a long time and many laboratory tests. Researchers at the Berkeley Lab are trying to change this perspective: they first study the various contaminants present at a water site to be treated. They then produce in the laboratory, through genome analysis and sequencing techniques, the most suitable communities of microbes to purify that certain contaminated water.