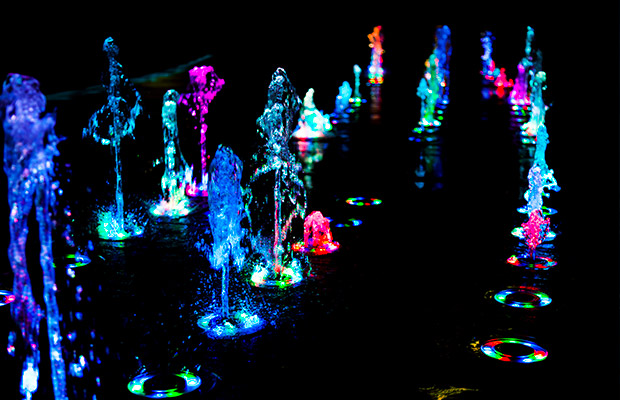 In the form of lamps, UV-LED (ultraviolet-light emitting diodes) technology has long been effective. Its cost, however, has hampered it from being used on an industrial scale. This has changed with Haitz’s Law, which stipulates that the amount of light generated by LED increases by a factor of 20 every 10 years, while the cost per lumen (the unit of useful light being emitted) falls by a factor of 10 during the same period. LEDs are present in computers and smartphones that we use every day. In a way, it is much like Moore’s Law for the development of microprocessors. The late scientist Roland Haitz, after whom the law is named, believed that this technology had the potential to be used for new applications, such as water purification, leading to the opening of new markets. Recent data show there is growing interest in the use of UV-LED in the water industry, raising the prospect that it could replace traditional, low-pressure mercury lamps.

According to "Global Ultraviolet Ozone Disinfection Machine Market Growth 2019-2024", published last year by Analytical Research Cognizance, an online platform for research reports, the market for UV equipment for disinfection will have a revenue growth rate of 3.2% worldwide in the next five years. The size of the market will reach $922.6 million by 2024 compared with $788.3 million in 2019.

This technology, which coupled with the Reverse Osmosis process of treating water, offers multiple advantages: low energy consumption, reduced management costs and, above all, no use of chemical substances that pose environmental, health and safety risks. It destroys micro-organisms such as bacteria, viruses and parasites and helps decompose harmful chemicals. What is more, it does not alter the taste nor smell of the treated water.

The first case of UV-LED being used on an industrial scale for treating water occurred last year when Typhon Treatment Systems, a specialist in the application of this innovative technology, won a tender to install it at a Cumwhinton plant in northwest England. It will be installed in parallel downstream of the plant’s filtration gallery, allowing for the filtering of 28 mega liters per day and improving the capacity of the plant to treat chlorine-resistant pathogens such as cryptosporidium. Such is the promise of Typhon’s application of the technology that Saudi Aramco Energy Ventures (SAEV), an investment vehicle of Saudi Arabia Oil Company (Aramco), the largest energy company in the world, has acquired a significant stake in the British company. In reporting about the investment, a regional monthly publication called In-Cumbria quoted SAEV as saying «Typhon’s innovative technology had the potential to bring ‘substantial’ economic and environmental benefits to the global water industry, as one of the first systems in the world capable of using UV from LEDs to neutralise harmful micro-organisms on an industrial scale».

Interest in this technology has also been shown by the research and development cooperation agreement signed by AquiSense Technologies, the largest UV-LED supplier in the world, with the U.S. Environmental Protection Agency to develop large-scale treatment systems scale to provide drinking water to victims of natural or man-made disasters.