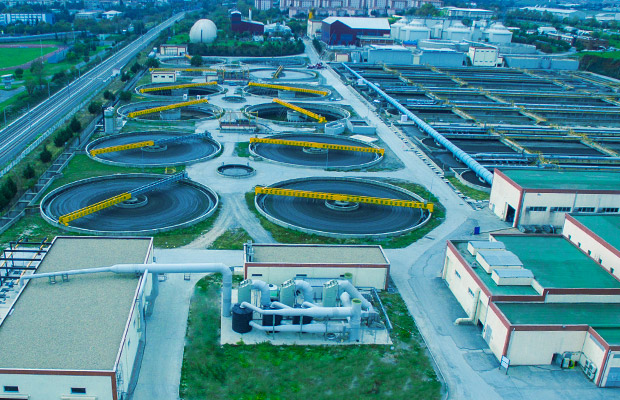 In many parts of the world, water has become such a scarce resource that it is being recycled to make the most of every drop – even when it comes to wastewater.

Take Turkey as an example.

Like many countries in the developing world, it faces the challenge of providing enough water to meet the needs of a growing population. Its biggest city, Istanbul, for instance, is one of the largest urban agglomerations in the world with some 15 million inhabitants.

But it is not just the demands of a city of this size that puts a country’s water supply under stress.

Climate change also plays a role. As the weather becomes warmer, the little water that there is in arid countries becomes even less available.

As described in a research article recently published in Water Supply, an IWA Publishing journal in partnership with the International Water Association, the situation in Turkey is becoming precarious.

«Turkey is in a position of suffering from water shortage», it reads.

«Water demand in Turkey is increasing due to population growth and industrialization. The demand for irrigation and industrial water is (also) expected to increase significantly», it adds, explaining how drinking or potable water demand is forecast to reach 18 billion cubic metres in 2023, having been 7 billion cubic metres per year in 2012. «As a result of increasing demand, drought and pollution in catchment areas, the amount of water presently available in Turkey is becoming unable to meet needs».

Faced with this prospect, the country’s Ministry of Environment and Urbanisation is studying projects to reuse water for farming, landscape irrigation and other purposes.

It has even set a target.

By 2023, it wants 5% of recycled – or so-called reuse - water directed towards agricultural irrigation, groundwater supply, irrigation for urban purposes and irrigation for wetlands and rivers, among other uses. «The goal is to encourage using resources efficiently and reduce the pressure on water scarcity by fostering the development of safe reuse», reads the research article.

A November 12 post on a blog run by Scientific American, a U.S. popular science magazine, could not be more supportive of the idea of recycling wastewater. «Water reuse is local, sustainable, and cost-effective because wastewater is available even during drought conditions and causes less damage to the environment than other water-supply solutions like dams, reservoirs and canals».

To help the Ministry of Environment and Urbanisation reach the goal of having 5% of recycled water get used for a variety of purposes, there is a treatment plant in the southwest of Istanbul near Atatürk International Airport that has adopted the latest in technology.

Rather than release all of it into the nearby sea, the Atakoy Advanced Biological Waste Water Treatment Plant has started giving part of the wastewater an extra round of treatment so it can be reused for purposes such as street cleaning and irrigation.

It is doing it with the help of a technology called Membrane Bio-Reactor. Also known as MBR, is an innovative technology for Turkey.

The installation of the MBR at the plant run by Istanbul Su ve Kanalizasyon Idaresi, the municipal water utility, is the result of two years of work by a joint-venture led by Fisia Italimpianti with local partner Alkataş Inşaat ve Taahhüt. Part of the Salini Impregilo Group, Fisia Italimpianti is a world leader in everything that regards the treatment of water and wastewater, including desalination.

Begun in 2016, the work involves modernising the existing part of the plant and adding another water treatment section to it with the MBR. Although the modernisation of the existing part is yet to be completed, the new biological treatment section has been up and running since late last year, treating up to 240,000 cubic metres per day from residential and industrial users. The MBR, recently put into operation, is capable of treating 20,000 cubic metres per day of wastewater to be recycled. At a later stage, its capacity will increase by 10,000 cubic metres for a total of 30,000.

This volume is a small - but important - part of the 600,000-cubic-metre capacity that the plant will eventually have – a big increase from the 360,000 cubic metres it had been treating since it went into operation in 2010. As one of the largest plants of its kind in the province of Istanbul, it treats wastewater from about three millions residents in neighbourhoods such as Bakırköy, Bahçelievler, Bağcılar, Başakşehir, Küçükçekmece and Sultangazi on the European side of the city.

As an indication of its importance in the context of the entire province, its capacity will be 10% of the combined 5.8 million cubic metres of wastewater treated every day by all of the plants in the province.

The conventional way of treating wastewater is to separate the sludge into solids and liquids by what is called an activated sludge model.

With MBR, another step is added with the installation of membranes with the tiniest of pores that enable a second round of filtering for the liquids. In this way, the water comes out cleaner.

A lot more has to be done, however.

The research article speaks of a ministerial study conducted in 2017 that revealed how only 15 of the 1,015 wastewater treatment plants in the country were capable of recycling water. In that year, the volume of reused treated wastewater totalled nearly 30 million cubic metres a year, equivalent to less than 1% of treated urban wastewater, it says.